A Little Slice of New York

A Little Slice of New York 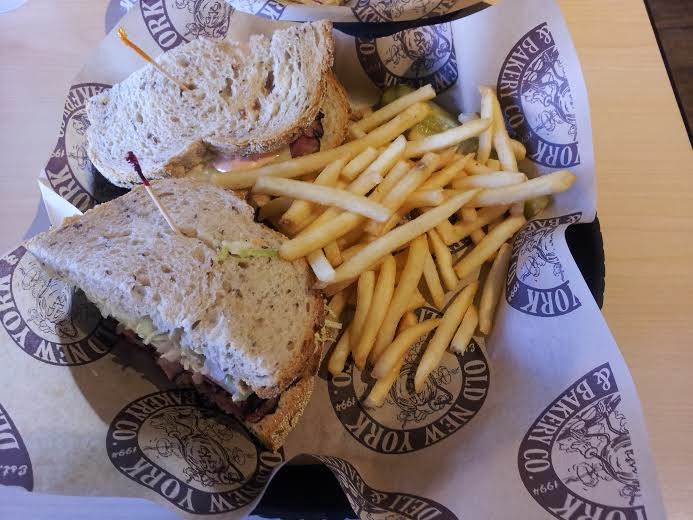 I am currently sitting here, thinking about the rain that is coming to Los Angeles for the next few days. There’s nothing I enjoy more than a cool rainy day in the city with some warm soup, a good grilled cheese sandwich and a dark beer.

Before I get to that weekend activity though, I must recount a recent trip to a spot out in Camarillo, only a short jaunt from Los Angeles.

Stopping at the Old New York Deli and Bakery Company, I was immediately overwhelmed by the size of the menu. Even with the length of line I waited in to order my sandwich, I still didn’t have enough time to take in all of the items on the menu. Immediately drawn to the Deli Sandwiches section on the menu board though I decided that it was a pastrami or corned beef sort of day.

Straying away from a straight forward option, I went for the Coney Island Style on Rye with Pastrami and Swiss. Essentially I was going to recreate a Reuben, which I had not seen on the novel of a menu until I had already ordered.

Pastrami, Swiss cheese, cole slaw and Russian Dressing stacked between two slices of rye bread, this sandwich started off in a good direction. The temperature contrast between the warm corned beef and the cold cole slaw was an interesting mix. It was slightly off-putting though since I had initially wanted a Reuben, with its warm sauerkraut, instead of this option with a cold and warm temperature competition. 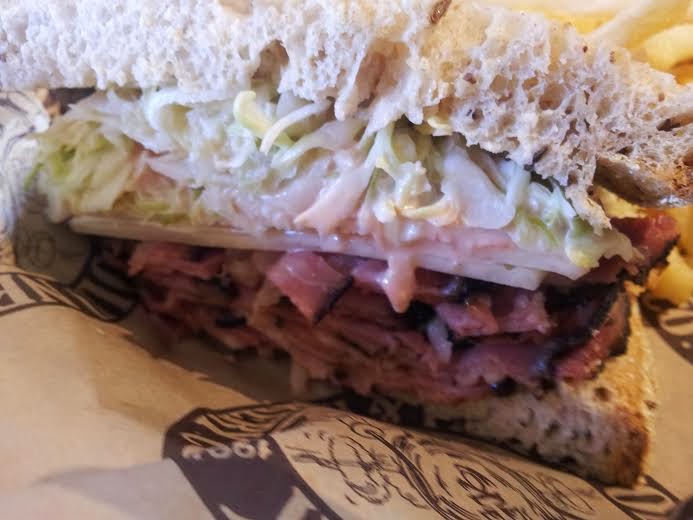 The pastrami was good, though a few pieces could have been cooked a little longer so that it fell apart in your mouth. The combination of Russian dressing, Swiss cheese and sweet cole slaw produced a variety of flavors in my mouth that was enjoyable from start to finish.

The rye bread is also made in house, and is fantastic. So much so that an entire loaf was purchased on the way out the door.

Overall, the sandwich was a bit of a letdown, but I feel it was mostly due to the fact that I was hoping, or expecting, something else. Next time I’m in the area, I believe I’ll just shoot straight for the Reuben and see how that sandwich fares. If you happen to be nearby the Old New York Deli and Bakery Co. though, I suggest you take your time in deciding which sandwich to take on. I’m sure there have to be some real winners on that massive menu. 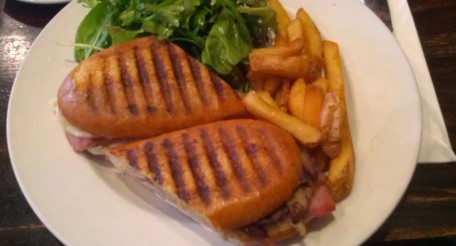 Greetings, Readers!It's been a busy few weeks, but thankfully I was able to get away from Los Angeles...