The Thunderdome of Sandwiches

Home / Event / The Thunderdome of Sandwiches

The Thunderdome of Sandwiches

As you know, last week I made a big deal about my blogging adventures hitting the FIVE YEARS mark (still all in caps). As you’ve come to know me, I’m not one to do things too big, or too crazy in celebration of greatness.

So in celebration of this milestone, what should I do but something that is too big, and too crazy. Obviously.

This past weekend I threw what was only the second of many-to-come sandwich parties. The first one I held was in 2010, in order to celebrate a few solid months of blogging. It was a much smaller affair, but had many delicious offerings that everyone in attendance enjoyed.

But that competition was left in the shadows for quite some time, until I felt it was necessary to be resurrected. To fly like a giant phoenix made of deli meat and vegetables.

Not only was the party larger this time around, but the number of entries was significantly increased. To no surprise at all either, the chefs all brought their A+ game with a win on their minds. 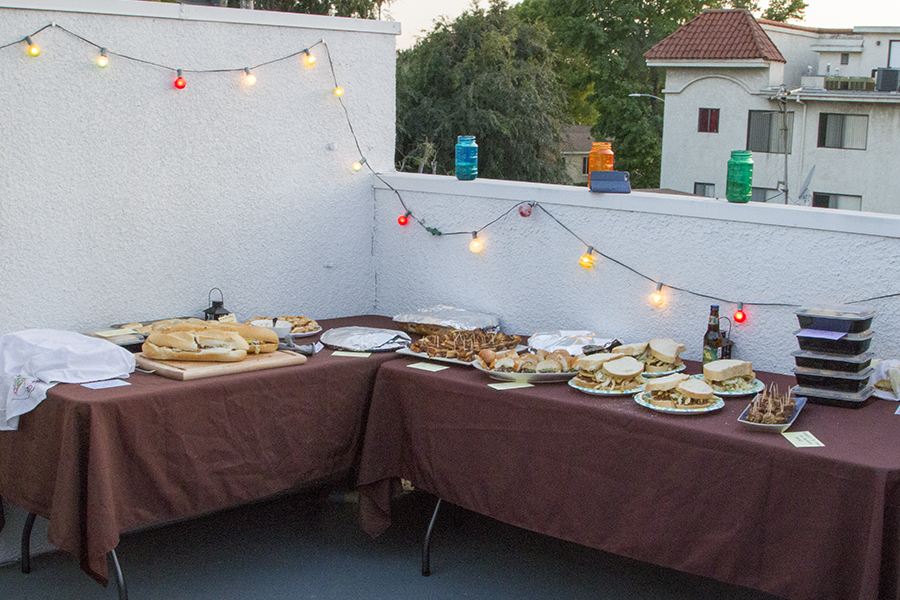 Starting around 6pm on Saturday, my house exploded with activity. Sandwiches being prepped all over as plating began on the rooftop. Even though I hadn’t eaten all day long, I was quickly beyond capacity as I sampled every single sandwich. Even with bite-sized portions, the sandwiches quickly put me close to bursting.

I asked all those in attendance to pick their top five favorite sandwiches of the 14 that were presented. Even having that many votes at your disposal, this was not an easy competition to judge.

There were no bad sandwiches at all, it just became a question of which did I like more. Seriously, if eating sandwiches for the blog was always this good, I’d have one of the best jobs on earth.

I mean, I do. But it would be even better. Every entry was phenomenal, and even though I felt my insides nearing explosive activity, I still had seconds then.

And maybe some more the following morning.

Let’s take a look at our top five finalists so you can see what our winners were working with: 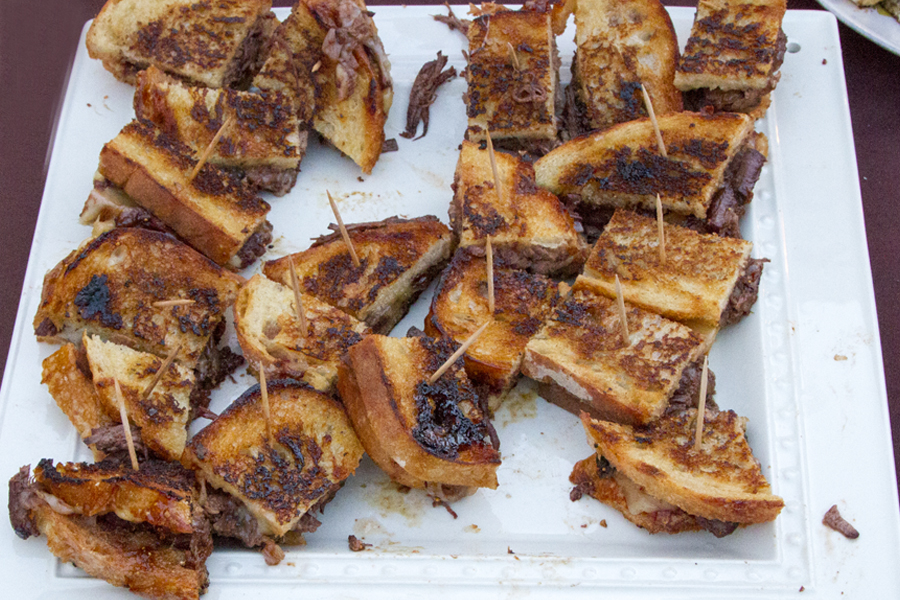 1.) Camarillo Jam (Char Thorton) – Bam. Our winner by quite a few votes. This grilled sandwich is packed with flavor from boneless short ribs that were braised for eight hours in red wine, beef broth and spices. Top that all with smooth fontina cheese and fig jam between two slices of sourdough bread and you can see what the competition was up against. 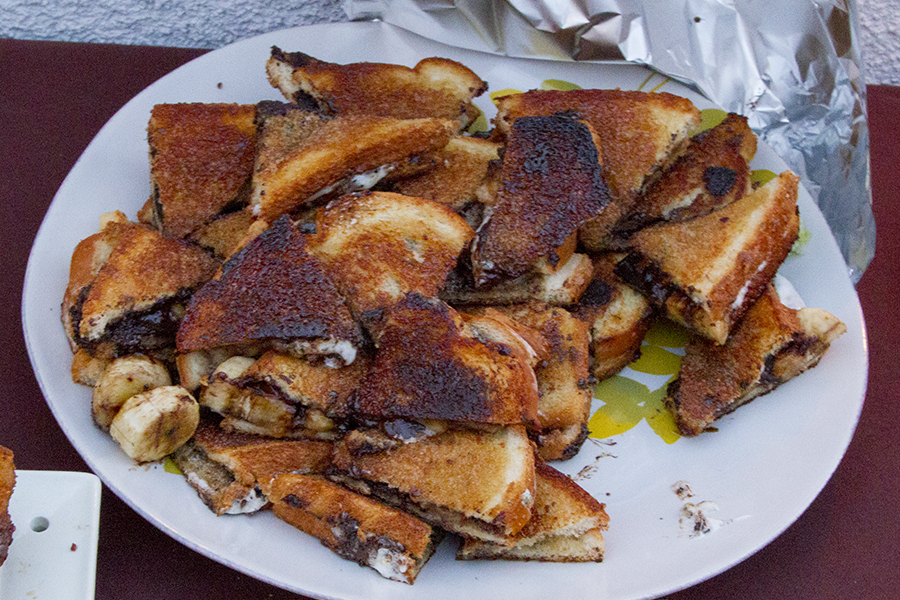 2.) Char Mores (Charlene Swiker) – Is it wrong that your wife wins second place in a sandwich making competition? Or is it awesome because it means you get to eat this winner whenever she’s up for making it? Toasted Marshmallow, brown sugar, semi-sweet chocolate chips, and bananas packed into a sandwich. It was tough not to eat a whole one. 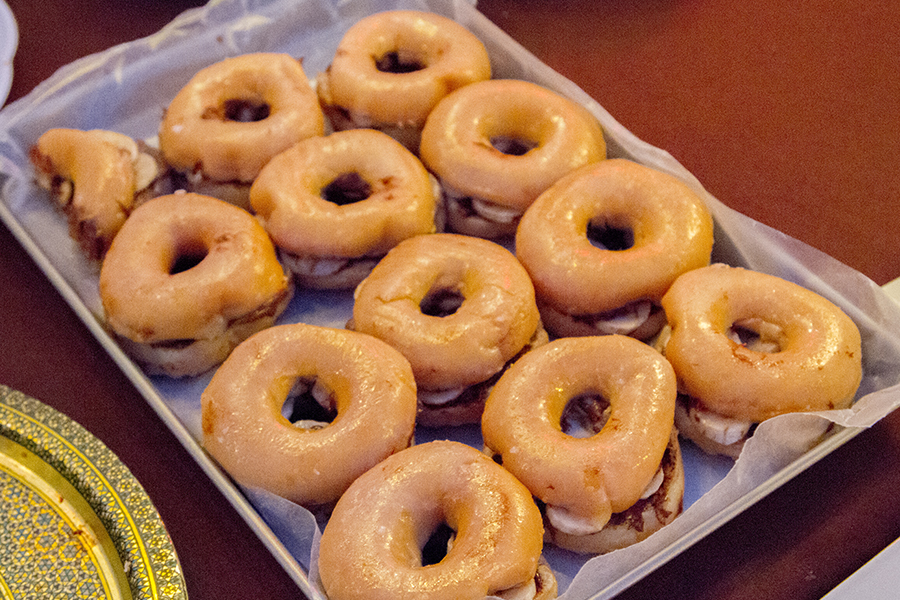 3.) Go Ape (Spencer Yaras) – How do you take an already delicious glazed donut and make it better? You add bananas slices and chocolate spread in between two halves. Then you sit back and relax because you pretty much just kicked today’s ass.  A sweet, dessert sandwich that was satisfying and delicious. 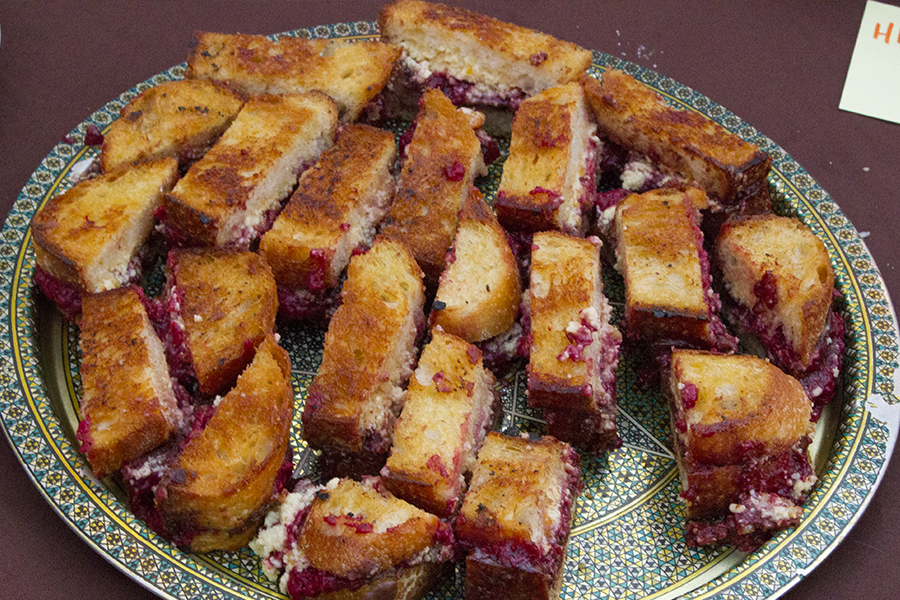 .) I’m In Love with That Coco (Liza Cosier) – A little tart, a little sweet here. This sandwich was made with almond cocoa spread, Apricot Stilton cheese, and a tart homemade raspberry jam (seriously, homemade and delicious). This sandwich was the third sandwich in the top five with a sweet edge to it (though this was more tart). Simple, but full of flavor. 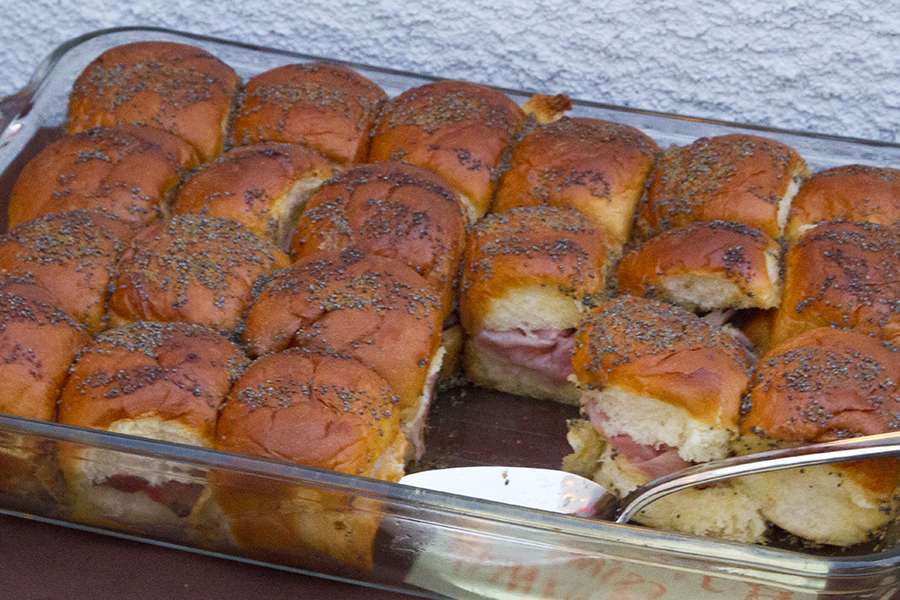 5.) Hawaiian Ham Sandwich (Susan Schaaf) – An island inspired take on this sandwich. King’s Hawaiian rolls, with shaved honey ham and Swiss cheese. Packed onto a baking sheet, these poppers are topped with a mixture of Dijon mustard, Worcestershire sauce, and butter before it’s baked.

So there’s our top five sandwiches, and hopefully the thought of those will get you salivating for the next week’s blog because it’s something real special.

I’ll be talking a bit more about our other sandwiches, and we’ve got a great little video coming to you from the event.

P.S. – if you weren’t at the party this weekend, let me know what sandwich you would have brought for the competition! 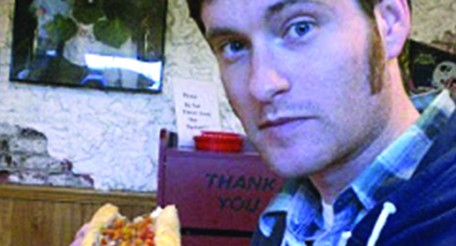 Greetings, Readers! Today is truly a special day. Today is a post where I look back...