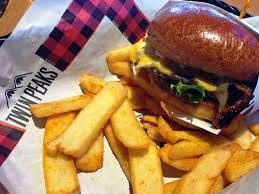 Of all of the places I’ve visited over the past few years of working on this blog, one of the closest and most notable places that I’ve missed has been Las Vegas.

Years ago I had an interesting experience in Vegas while stuck in town after missing my connecting flight back to Los Angeles. It’s a time I laugh about, but has no place here in a food blog as something terrible happened.

I ate at McDonalds.

I know, I know! But I was stuck in a terrible motel off of the Strip and needed something to eat while waiting for my flight in the morning. Forgive me!

This time around though, the visit was much better. Joining me were a number of friends for bachelor weekend and for Saturday lunch we headed to a place on the strip called Twin Peaks.

In the same vein as Hooters, I’m sure you can now figure out why the place is called Twin Peaks, this place serves up a lot of ‘man-food’ which amounts to hearty pub-style sandwiches and dishes.

Wanted to kick the day off with a full stomach, I went for the Hangover Burger, a thick all-beef patty topped with a fried egg, American cheese, bacon, red onions, mayo, lettuce and tomatoes. This burger may scream out breakfast to you, but really it’s a great sandwich for any time of day. As I’ve said in some previous burger posts, I’ve become a huge fan of fried eggs on top of a burger. The change in flavor as well as texture is a welcome addition to the burger.

Topping this off with the fresh flavors of crisp lettuce, tomatoes and red onions was a nice contrast to the meaty patty, thick cut bacon and the the greasy fried egg. All combined though with the thick burger bun, this is definitely a sandwich that can fill you up or get you back into fighting shape after a night of drinking in Vegas.

My main complain here is the American cheese. We really need to have to move past this cheese as an option on a standout sandwich. It’s nearly flavorless compared to many of its dairy brethren. A cheddar cheese would have worked much better here and provided an added flavor that would have been much appreciated.

Overall, this time my experience was significantly better in Vegas than last. I have this burger and plenty of friends to thank for that. 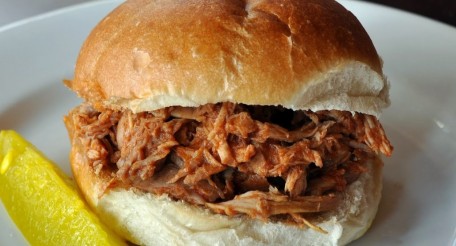 Greetings, Readers!I hope this latest blog finds you well and full of sandwiches. The past...