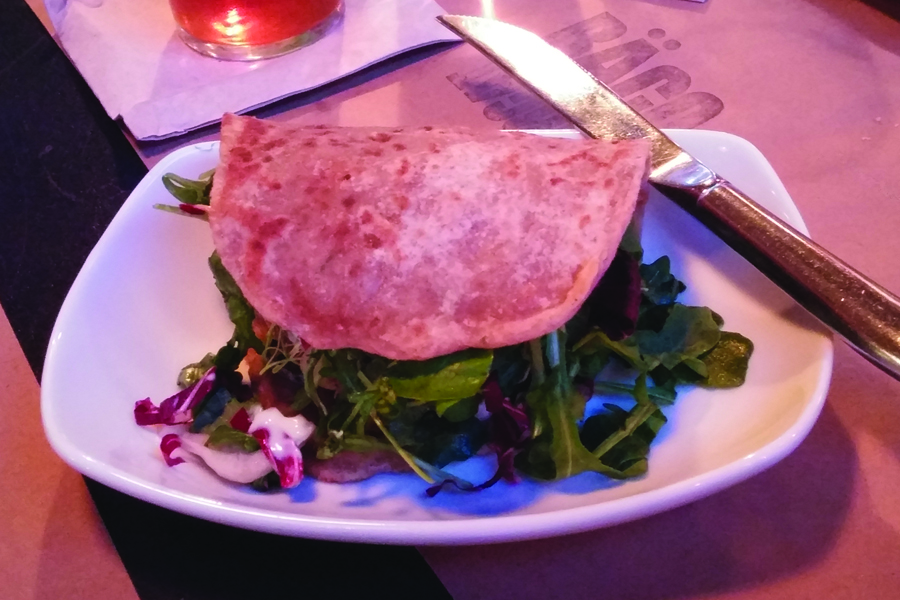 It has been some time since my last writing, and let me first apologize. I know that weekly you come by to check in on the latest in the Way of the Sandwich.

And you may have thought that I had abandoned you.

I had only been on my sandwiching pilgrimage and I have returned to share my results.

But enough of that, the best way to come back from a sabbatical is to do a sandwich that has been on my list for quite some time, especially after hearing numerous reviews as to how it might be one of the best sandwiches in the city. 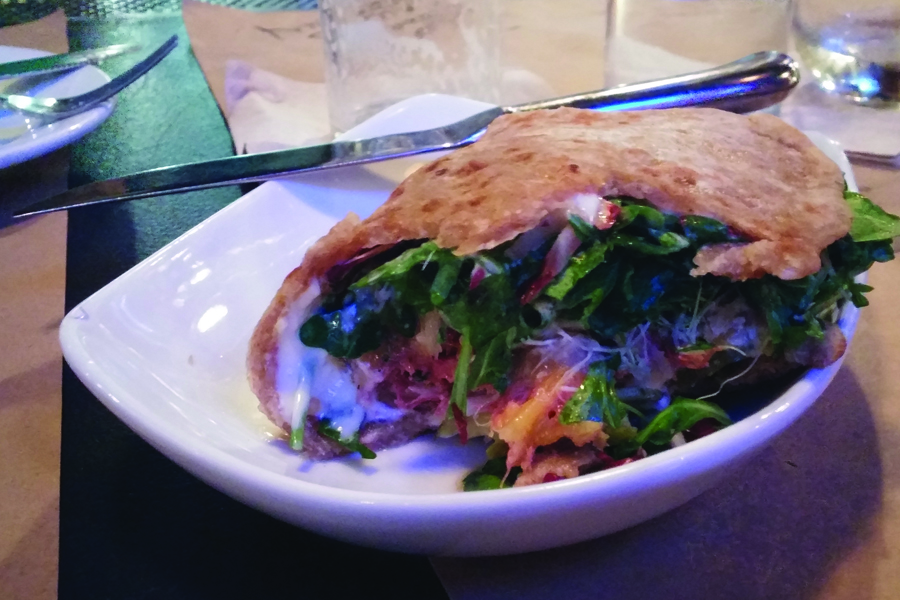 Obviously I had to see it to believe it.

Prior to the screening of my group’s 48 Hour Film Project entry, I had dinner at the hot DTLA spot, Baco Mercat.

The Toron is the highly touted (it’s even circled on the menu) sandwich that I had in my sights for some time. Listed under the Baco section of the menu (a section of flatbread sandwiches), this stunner is made up of a oxtail hash topped on cheddar taters with a healthy dose of horseradish yogurt and greens.

This sandwich left me speechless. The hardest part about eating it was slowing down long enough to actually enjoy and taste it. The savory oxtail hash is amazingly delicious and the sandwich overall had a light lemony tartness along with the horseradish yogurt and crisp, cheesy potatoes added.

Add in some greens to contrast the savory flavors, and the warm and soft flatbread and you have an amazing take on a sandwich. 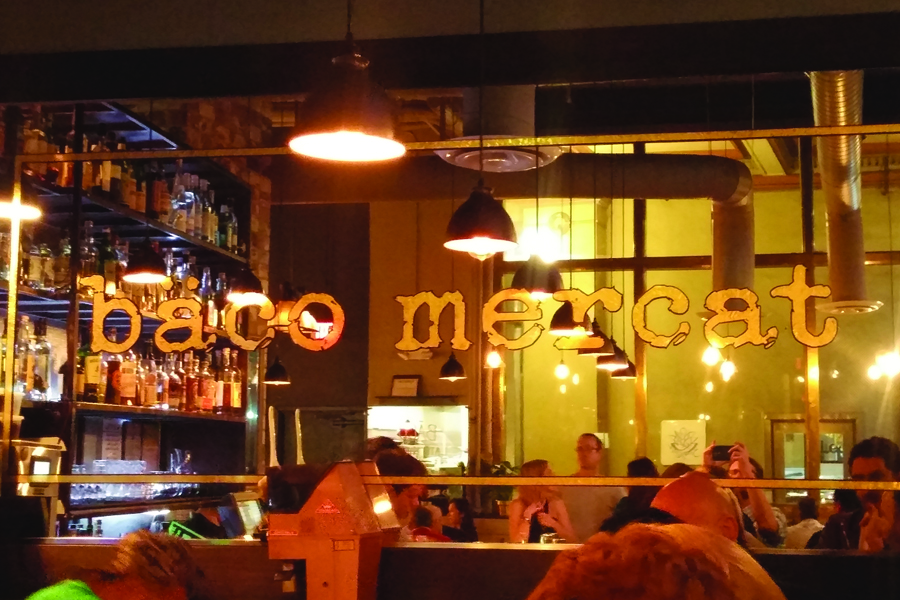 It’s the little things that take this sandwich to the next level. The oxtail hash, not something I would normally think to eat, is so full of flavor and yet restrained, still allowing the flavors of the other ingredients to shine through at the same time.

I tacked on their house IPA, figuring why not try everything Baco Mercat had to offer. While most people expect hop bombs with an IPA, this is filled more with hop flavor than bitterness for bitterness sake. Compared to the savory and bright flavors of the Toron, this is a great way to wash down that sandwich.

I know sometimes DTLA can seem like miles away for most people in LA but I hope that this blog has helped you learn that the streets of downtown are worth navigating because sometimes you might just find a gem.

You know what? Just go. 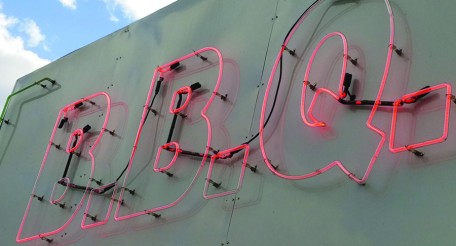 Deep In The Heart Of Texas

Greetings, Readers all the way from...well, Studio City, California. Not exactly Texas. Not...