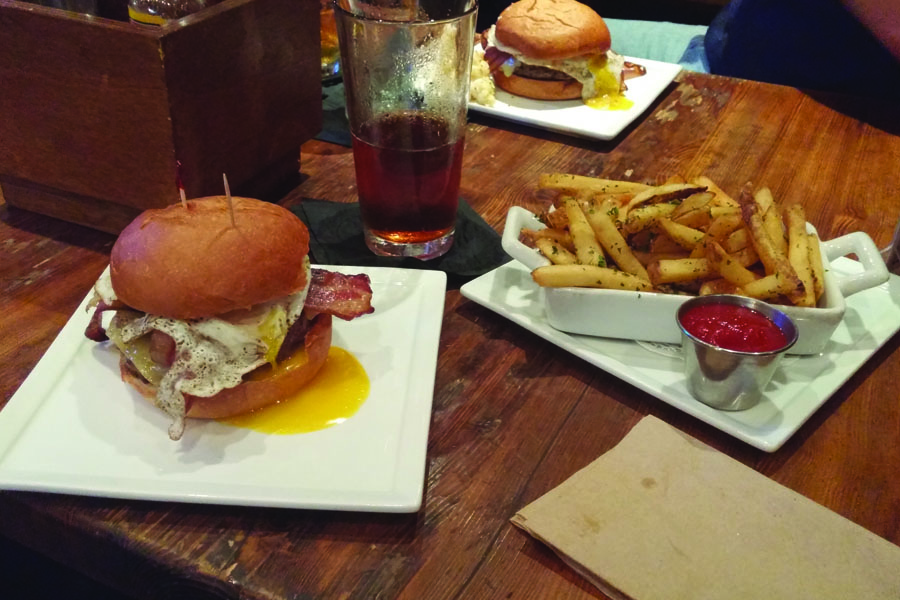 You know, Los Angeles is a big city.

And because of that, there are some sections of it that I don’t make it to quite that often.

There are also parts I generally try to avoid. Like a lot.

And so I don’t exactly hang out on Sunset Boulevard all that often, which also means I don’t make it often into the much cooler section right next door, West Hollywood. but all that changed recently for a friend’s birthday (30 Deep!) when we all went out to celebrate at the pretty awesome State Social House.

Who Hangs Out On the Sunset Strip?

Located a few blocks from some of the most iconic clubs on the Strip, the State Social House is an imposing building. Boasting bars, performance spaces, dining areas, and even a smoking lounge, this place has it all for your late night needs.

For me, that meant some beer and a burger. Easy enough, right?

Their sandwich selection looks pretty amazing, but the idea of my two favorite breakfast items paired up with a burger in the Bacon Egg Cheeseburger could not be passed up. 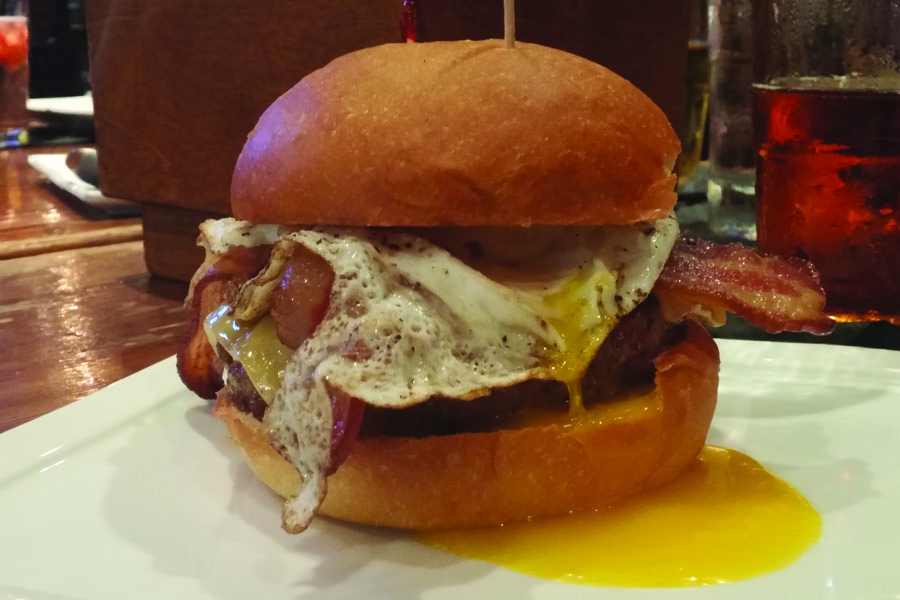 I’ve written about the joys of a sunny side up egg on a burger before, and if you’re still on the fence about it, you need to seriously reconsider your life choices.

Because it’s awesome. End of story.

This heart beef patty is topped with melted smoked Gouda, a few slices of maplewood smoked bacon, dijon aioli and the aforementioned-great-idea: a sunny side up egg.

The beef patty was delicious, savory, juicy, full of flavor. The dijon aioli cut through the savoriness with its creamy goodness. The smokiness of the bacon was delicious and gave it a bit of bite to complement its meaty flavor.

The smoked Gouda was a good choice because its smoky flavor blended and heightened the smokiness from the bacon. It melted well and added a creaminess to the burger which was delicious.

The bun was great because it was used to soak up all of the runny egg that was everywhere on the plate.

Seriously, have you still not tried it yet?

In other words, get there tonight.

Greetings, Readers! Anyone else enjoying triple-digit temperatures near the end of September?...