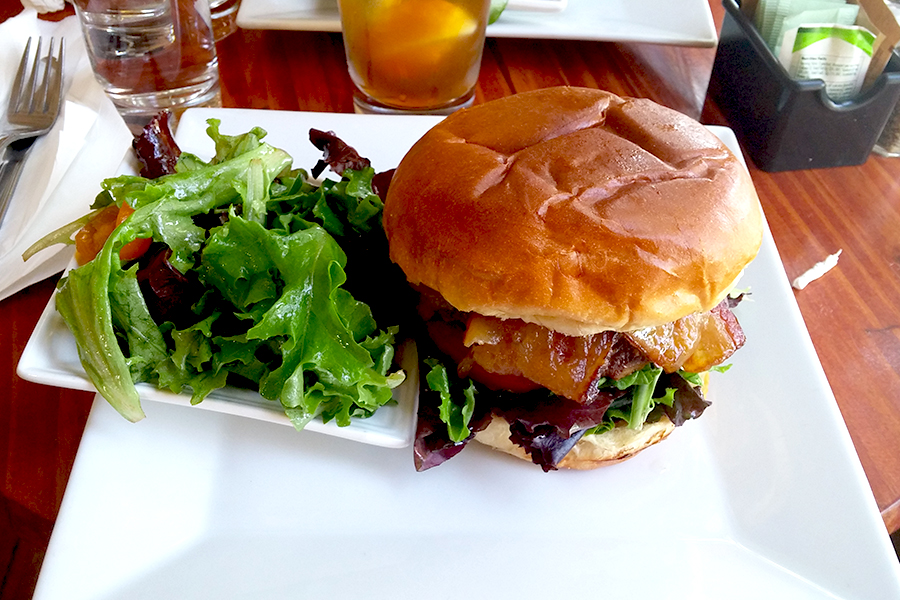 Woo, what a weekend, am I right? I’ve got lots of amazing sandwiching events to tell you about in the weeks to come from my trip to Hearst Castle, but this week I’ve gotta tell you about this place I had missed out on for too long.

You’ve seen my previous articles about HyMart Sandwiches in North Hollywood. I love that place. So when I heard a long time ago that one of their own was branching off to create his own place, you’d think I’d be first in line, right?

Yeah, dropped the ball on that one.

So a few weeks ago, we decided to swing on in to Aeirloom Bakery in Toluca Lake and give this place a shot. Thankfully I wasn’t shamed when I walked inside a few years late.

The menu is extensive, and consists of tons of fresh, non-GMO, organic ingredients. While I kept eyeing a lot of fowl-related sandwiches, I was eventually drawn to the Juicy Bounty.

Oh, and because, Bacon.

An organic bison patty, topped with Niman Ranch bacon, tomatoes, onions, pickles, whole grain mustard and organic mayonnaise make up this beast of a sandwich between two halves of a brioche bun.

I thought I was hungry before this was placed in front of me, but damn it was a challenge to eat it in one sitting.

Obviously, I still managed to polish it off.

Mainly because this burger is a knockout. It’s incredibly delicious. The bison was savory, juicy and cooked to perfection. The bacon was well cooked, without being crispy, allowing it to blend into the burger patty. The vegetables were fresh, bright and full of flavor, contrasting the delicious flavors of meat fantastically.

And a sweet brioche bun to top it off? Perfection. This was hands down one of the best burgers I’ve had in awhile.

Just seriously though, come hungry. Or eat the leftovers as a late night snack after a day of sandwiching.

Plus So Much More

If red meat isn’t your thing though, don’t be put off by Aeirloom as there are amazing options for vegetarians, vegans and those who only eat breakfast for every meal of the day. It’s definitely a place I plan on visiting again before another few years have passed.

So, with another local bright spot out of the way, it’s time to look outside of the Los Angeles area as I head up to the San Simeon area of the central coast for next week’s blog. 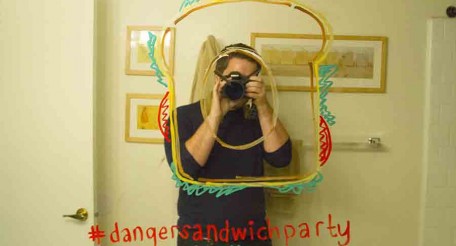 Greetings, Readers! Or for this week, should I say Watchers? No, I shouldn't. That sounds...