Brisket And A Barrel

Home / Review / Brisket And A Barrel

Brisket And A Barrel 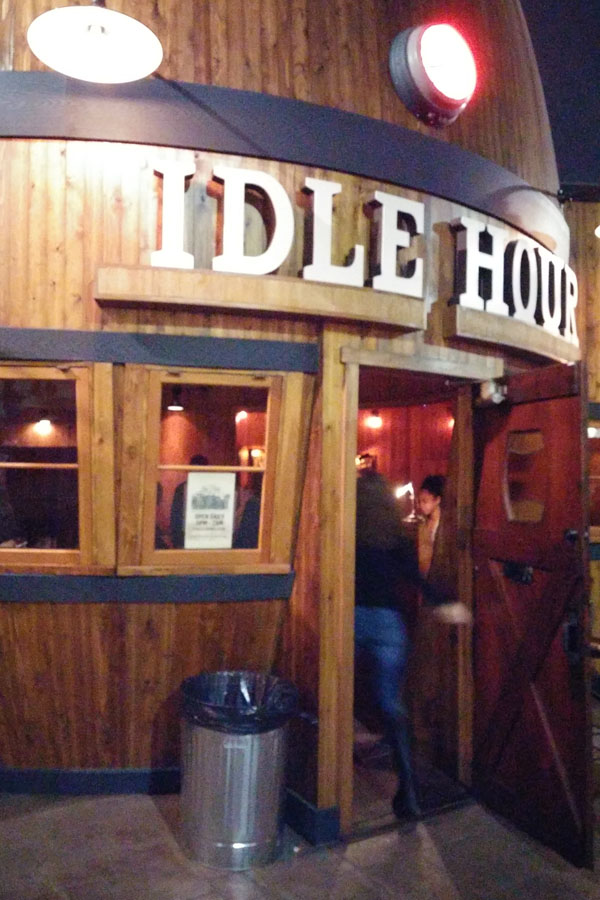 You know, the North Hollywood Arts District is quickly becoming the hot spot of the Valley. Long gone are the somewhat empty or uninteresting stretches of Lankershim and Vineland. Instead they are now filled with a number of fantastic eateries, bars, and even a great movie theater.

Along with the NoHo Red Line Metro Station, it’s even accessible to people all over Los Angeles, even without a car.

Having lived in this neighborhood for five years, and leaved near enough for all of my nine in Los Angeles, I’ve always had a special love for this part of time, and it’s so good to see it becoming a destination spot in the city.

Though I know I disagree with that statement every time I write a rent check.

One of the landmarks of the neighborhood has always been a former restaurant on Vineland Avenue, topped with a barrel. It had always been eye catching, and none more so than when it reopened last year.

Originally opened in 1941 as the Idle Hour Cafe, the taproom closed in 1983 and sat unused until its reopening in 2015 as Idle Hour. I had gone on their opening week and enjoyed delicious food and beer. Sadly, even though I see it every day on my walks, I had not returned.

This needed to be remedied, and so one day last week I headed out to enjoy one of the many amazing craft beers on tap and a delicious sandwich. 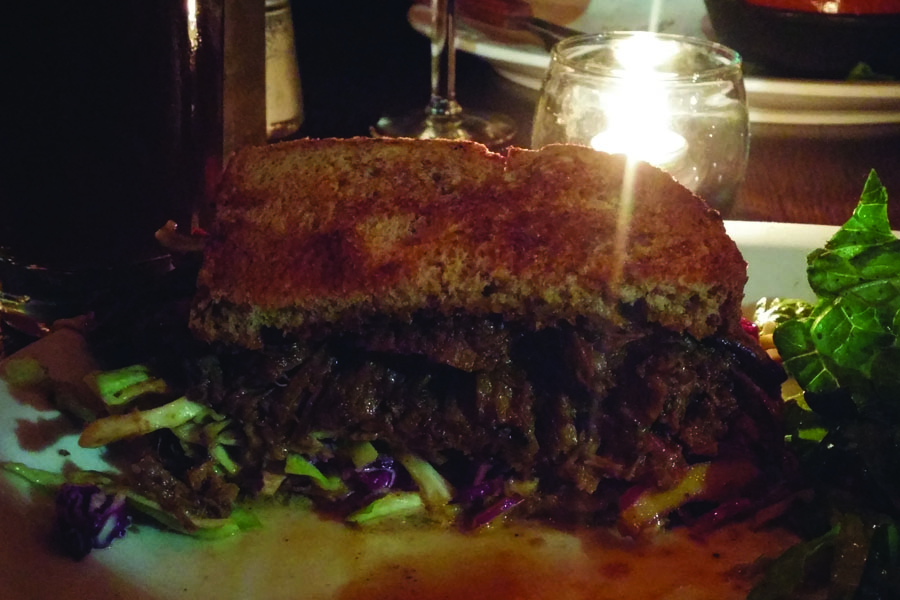 It wasn’t long until I settled on the house-smoked brisket sandwich, a monster stacked with the aforementioned brisket, cole slaw, and house BBQ sauce all between honey wheat bread.

The brisket was really good, with a really strong savory flavor. Although my one complaint about it would be that it tasted a little too salty. If that were cut back a little bit, this brisket would really shine.

The BBQ sauce gave it a great smokey and tangy while the cole slaw brought a crispy counterpoint to the brisket.

The bread, well, with a sandwich like this, you can’t expect bread to hold it together. It did an admirable job and tasted excellent, but in the end it fell to pieces. 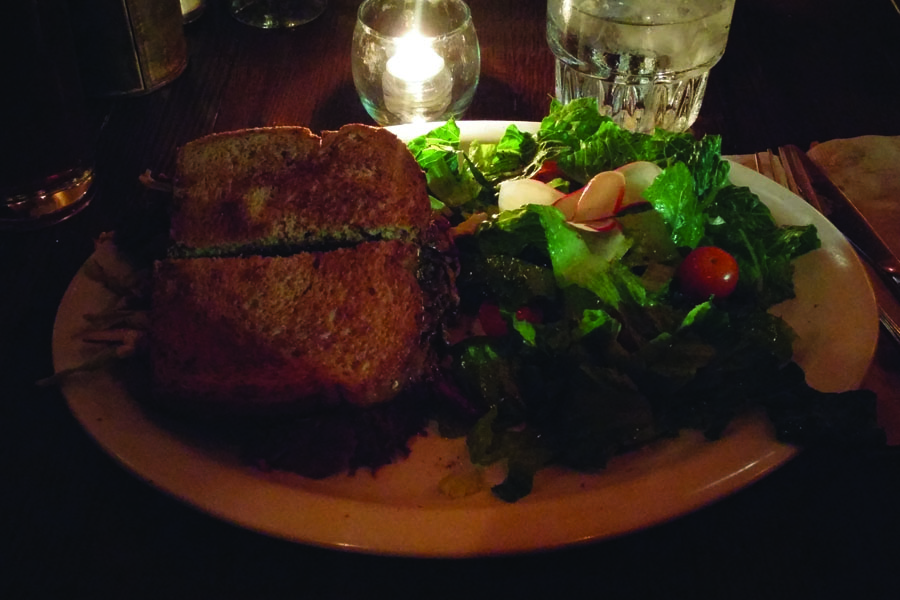 To go along with the sandwich, I also had to drink Left Hand Milk Stout on tap (a must have, especially if you can find it on nitro) and Sabre-Toothed Squirrel from Smog City (an LA favorite). The taps rotate fairly often here, so there’s no doubt you’ll be able to find something you love any week that you go.

Raise a Toast To NoHo

All in all, Idle Hour is a great spot to enjoy a beer, catch up with friends, and eat one of their delicious sandwiches. For a neighborhood quickly on the rise, this is one of the shining gems in the crown we’ve all been polishing called North Hollywood.

If Idle Hour is any indication of what’s to come, there’s a bright future ahead for this pocket of LA. I’ll definitely be returning, and for sure be trying out as many of the other sandwiches as possible. 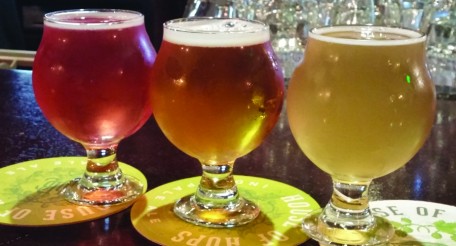 Greetings, Readers! It's Friday, and that can mean only one thing! That's right, we're...