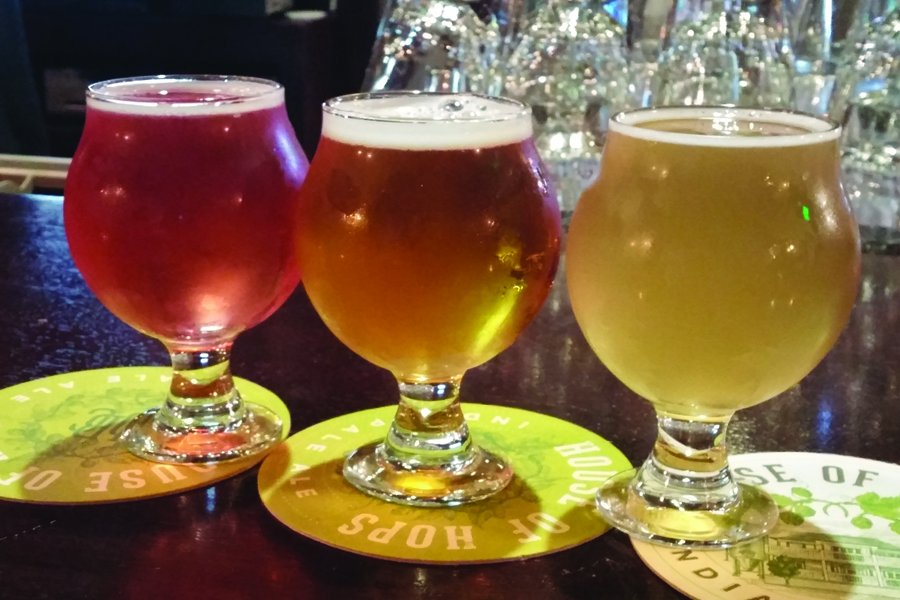 It’s Friday, and that can mean only one thing!

That’s right, we’re only a few hours away from drinking delicious beer to kickstart the weekend.

Or you’re already a few hours into it, depending on how cool your workplace is with that sort of thing.

Speaking of weekends though, I spent last weekend on a relaxing journey to San Diego, and if there’s one thing to do in San Diego, it’s spending time in breweries.

So of course, I spent time at one of my all time favorite breweries (which will be next week’s review!) but on this trip I wanted to try some place new, so I did my research on a number of San Diego’s respected craft breweries. 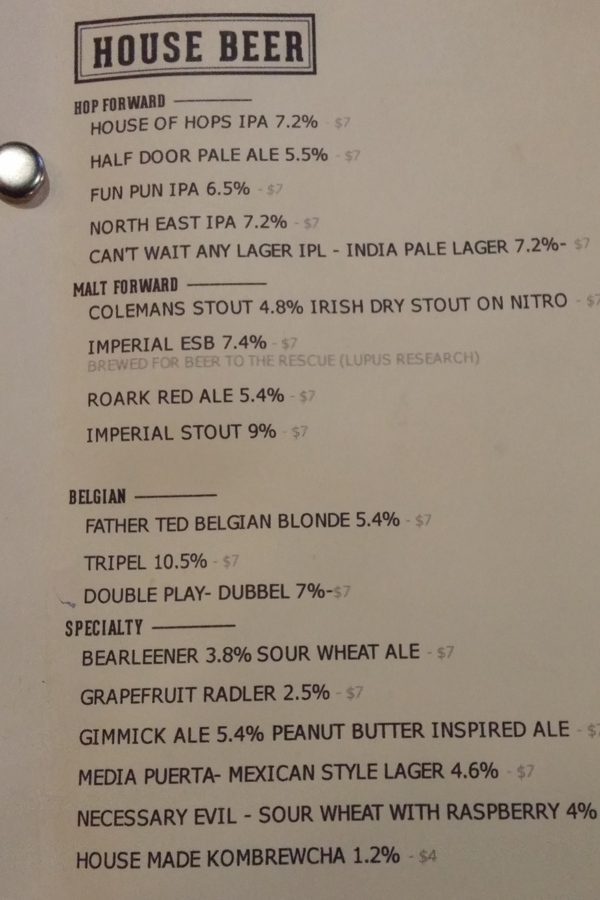 Situated only a block from the center field entrance of Petco Park, it was fun walking towards the brewery only to be accompanied by cheers from the Padres fans that night as they played a great game against the Cardinals

Settling into the pub at a stool by the bar, I took my time scanning the beer menu.

With too many great sounding craft beers on the menu, we went with a rainbow flight touching on all of their offerings: Two sours, a Peanut Butter beer, an IPA, an imperial stout, and a Belgian Dubbel.

The two sours were excellent. Bearleener is a sour wheat ale with just a little perceptible sourness and was incredibly refreshing. Necessary Evil ratchets up the sourness with tart raspberries thrown in and was probably my favorite of the night.

The other great beer was their 9% Imperial Stout. A little roasty, a little heavy, and way too good at hiding all of that alcohol. 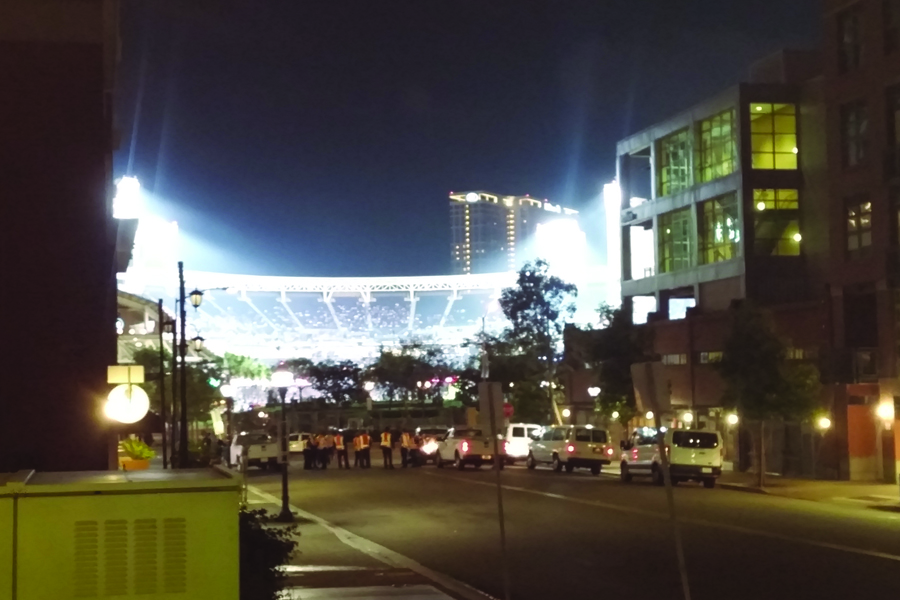 Fun Pun IPA had lots of great tropical flavors, the Belgian Dubbel is a spot on representation of the malty style, and the Gimmick Ale on tap had a bit of peanut butter flavor to it.

But if I had to pick two, Necessary Evil and Imperial Stout for sure should be your targets for the evening.

Besides the location and the great beer, the tasting room itself is a great place to hang out and enjoy an evening. It’s in an old house which instantly makes you feel like you’re at home, enjoying beer that was made a few feet away. You also might be watching the baseball game as well as hearing the crowd only a block away.

Oh, and the wallpaper is also amazing.

So if you’re in San Diego, I have to highly recommend that you visit Half Door Brewing because I know it’s now on my “Must Visit” list for whenever I take a trip to San Diego. 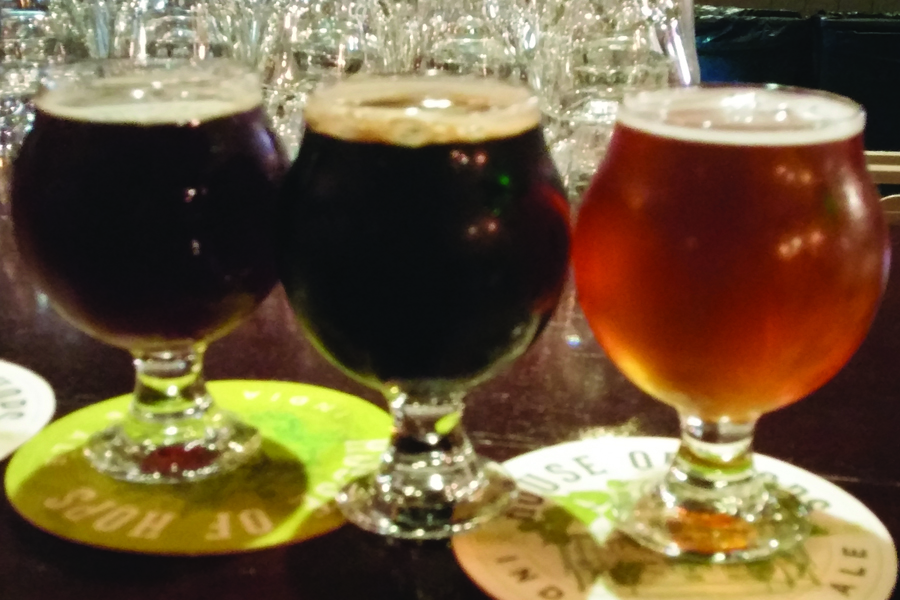 Gotta make a note to see if they sell their amazing tap handles the next time I’m there.

Someone remind me, okay?

But for now, let’s kick back, relax, and enjoy Friday Brewday the way we all should.

Until next Friday, Cheers!

[…] I had seen their name pop up on my Untappd app a number of times with people trying their Funnel Cake Ale, which caught my attention immediately. […] 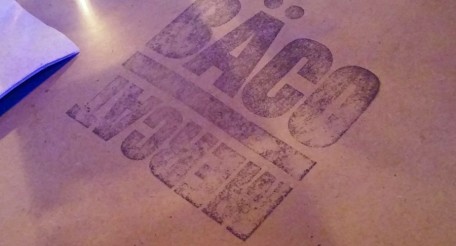 Greetings, Readers! It has been some time since my last writing, and let me first apologize....