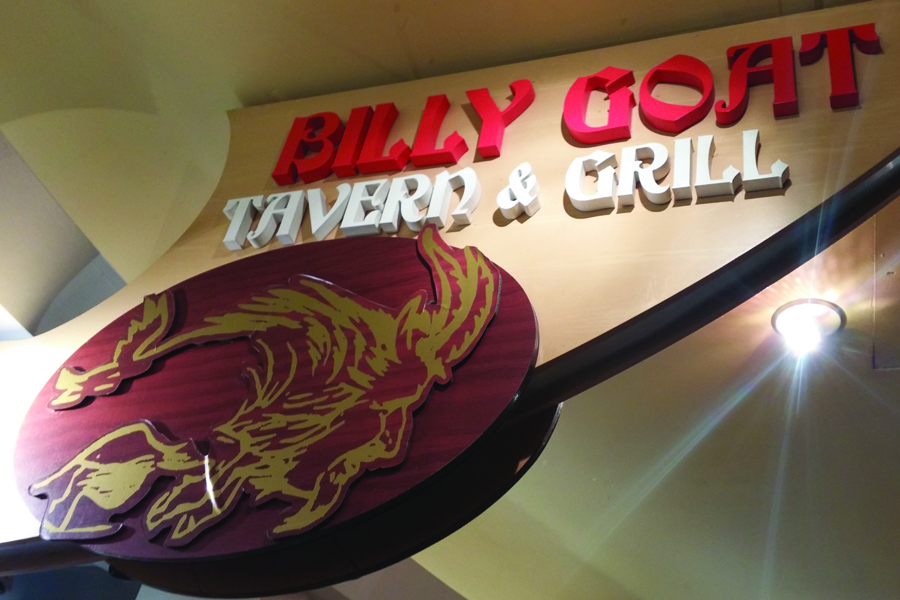 Hopefully 2016 is already treating you well and you’ve all recovered from the massive amount of food and drink you’ve had over the extended holiday season.

While away I had tried a few sandwiches in Cleveland as well as hit up a few breweries that will be the focus of my Friday Brewdays in the next two weeks.

Otherwise, 2016 did not begin as well as I would have hoped.

Hold fast, dear friends. For here is a tale of villainy.

After a delay in flying back from Cleveland, I had a layover in Chicago O’Hare Airport which was with an extended three hour wait. Seeing as it wasn’t enough time to actually get out into the city and find a place to eat, I had to find a good option in the terminal I’d call home for a few hours. 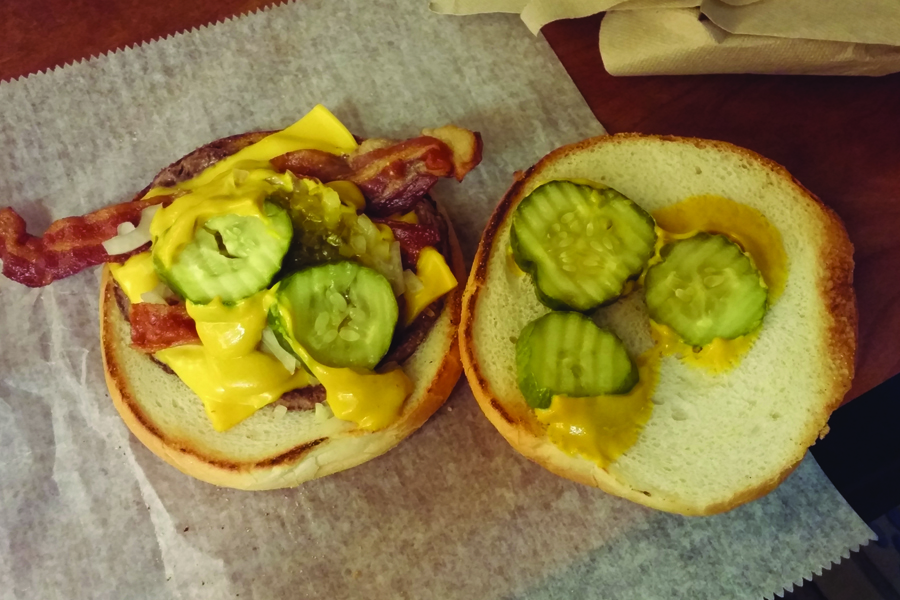 Granted, airport food options don’t normally sound like something I’d go for. Maybe a Starbucks stop at best, otherwise it’s just caloric intake because I won’t be eating until I wake up from my red-eye flight.

Even though esteemed chef Rick Bayless has an outpost of Tortas Frontera in the airport, it was in a completely different terminal from where I was, so I had to look for something else.

Upon passing by, a food court I saw the sign at the Billy Goat, stating it was the inspiration for the Saturday Night Live segment famous for the cast repeatedly saying “Cheeseborger”.

A great skit, but would the sandwich hold up?

I wasn’t looking to get too full before my flight from Chicago to Los Angeles, so I decided to go single cheese burger with bacon (as opposed to a triple cheeseburger), with a side of fries.

As you can see from the photos, a single cheeseburger may not have been the option to go with. Even though I had put bacon on it, relish, pickles, mustard and onions it still wasn’t enough to compensate for the overwhelming bun it was placed on.

Looking back, I think the triple cheeseburger was the only way to go to make it actually noticeable on the sandwich. We’re talking $1 menu McDonalds Cheeseburger-sized patties here.

The flavor was decent enough, and had it been a regular sized patty and bun, this sandwich might be enjoyable, at the very least more enjoyable than it had been.

The bun was soft and fluffy with a bit of toasting on the inside. The pickles and onions were crisp and a great addition that should really come as standard here. The bacon added a good flavor with a little bit of crispiness too, joining with the onions and pickles to offset the fluffy bun.

But still, the star of the show was barely noticeable.

Now granted, maybe my review was tainted by the fact that I had been delayed from my original flight two days, and then that flight was delayed three hours, and then my layover was increased by two hours, yadda yadda yadda.

But maybe, just maybe, this was a sandwich that just didn’t live up to expectations.

Though next time I’m in Chicago proper, I will definitely make the actual Billy Goat Tavern and Grill a stop on my list.

But let’s look forward to the rest of 2016, a year that will surely only go up from here.

So here’s to the delicious sandwiches and beer we’re all yet to have this year.

Until next time, Readers!

We at there on our way out to LA in October. Naturally went with the triple cheeseburger but you still weren’t missing much. At least I was full and could get an Old Style.

Greetings, Readers! As we are only one day out until the end of the year, I thought it would...