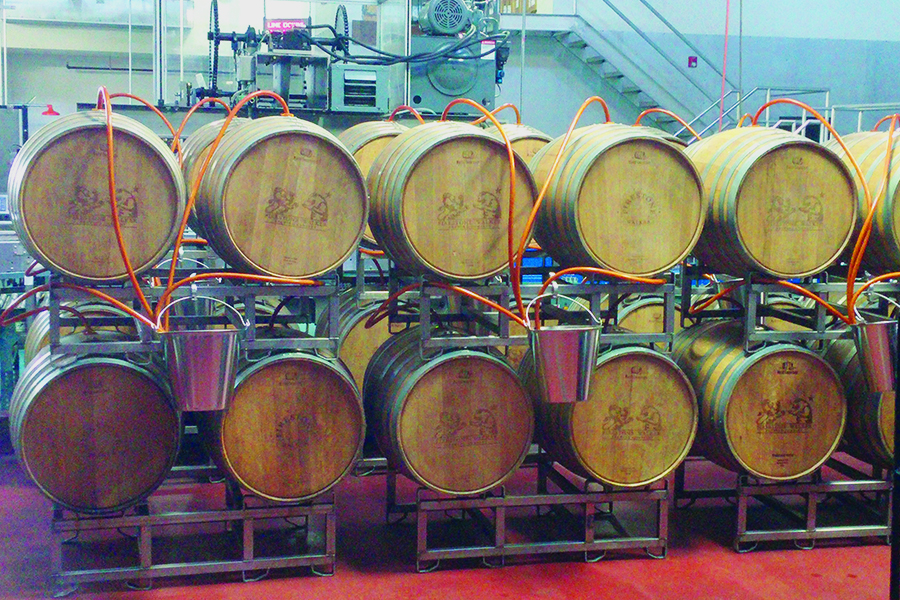 So, you’ve returned for more of my trip to the Central Coast and Valley. Truly a smart decision your part.

Hearst Castle and Cambria made excellent stops for the first part of my trip, but I wanted to make sure that I went out on a high note. Something that would combine my love for beer and sandwiches. 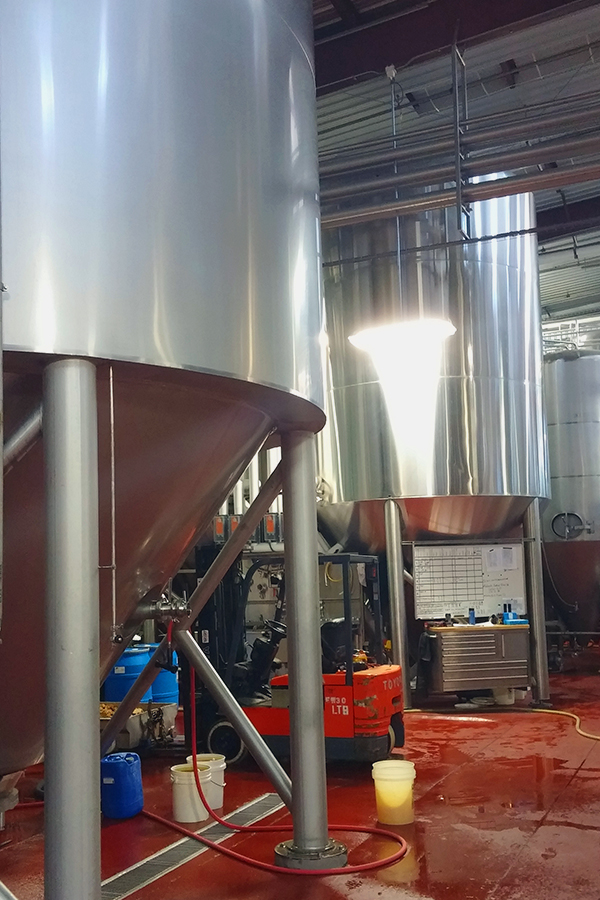 One of the first IPAs I ever had was Firestone Walker’s Union Jack. It was with this beer that I realized I liked the intense hops that can accompany this style. Since then, I’ve found a lot of IPAs and Pale Ales that I love and continually go back to, but this was the start of it all.

Besides Union Jack and Easy Jack, Firestone Walker has a number of other incredible beers in a wide range of style. They’ve easily become one of the most dominant breweries not only from the Central Valley, but in all of California.

With a soon-to-be-opened-maybe?-this-fall location in Venice, I am looking forward to having this brewery at a much closer locale than Paso, but I would still highly recommend visiting this location and going for the brewery tour.

After being taken through the brewhouse and given a few samples of their fantastic beers, we settled into the taproom for a birthday lunch. 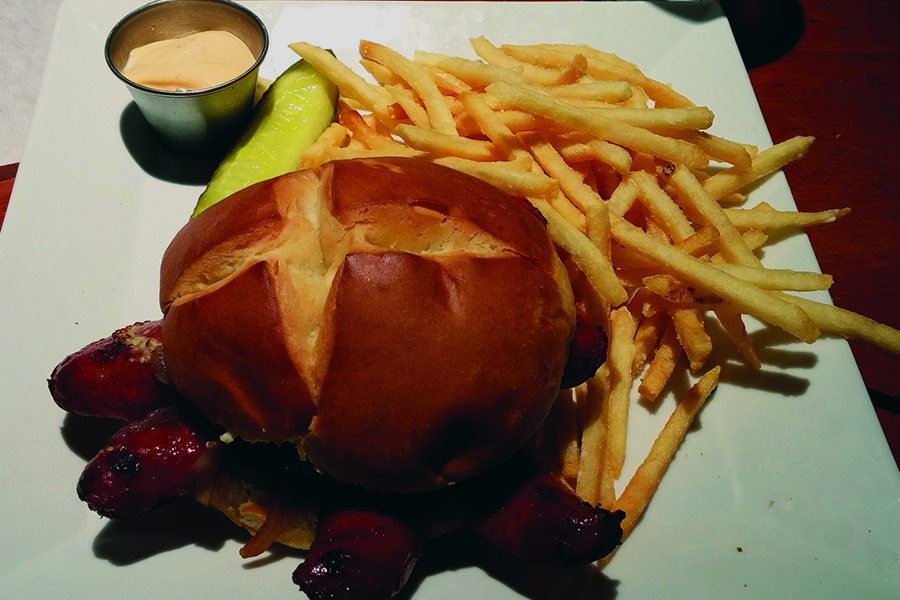 And if it’s my birthday, I’m going HAM on a menu here.

The problem with this menu was that everything sounded amazing. Most of the offerings had some part infused or cooked with one of their beers. Take for example the DBA Bratwurst Sandwich.

Infused with the brewery’s own DBA (Double Barrel Ale), the bratwurst is topped with balsamic onions and their own Easy Jack Pale Ale mustard served on a pretzel bun. I love when a brewery infuses their own particular flavors with their food, and this is a perfect example of how it can be done with numerous beer-infused ingredients.

With sausage sandwiches that I’ve had before, I expected one sausage on a sliced roll, but I was greeted instead with two full bratwursts sliced lengthways and splayed out between two halves of a pretzel roll. It was a more 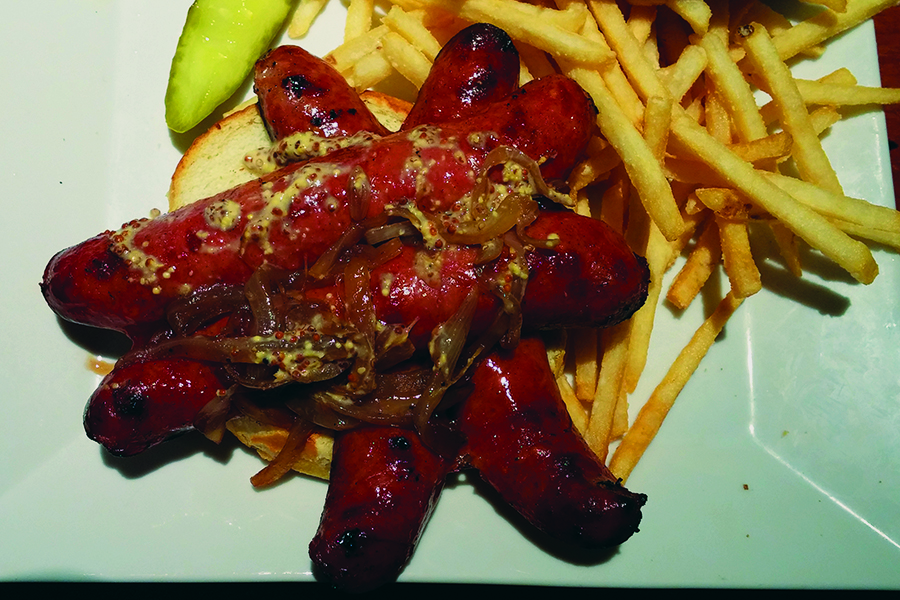 filling and experience than I expected, with each bite bursting with smoked sausage and smooth beer infusions.

The onions didn’t add too much to the sandwich as the bratwursts and whole grain mustard kicked my taste buds in the face. The pretzel bun was a good choice, adding more flavor than a white or wheat bread bun would.

And it’s a nice choice for a sandwich as German-inspired as this one is.

Again, it’s my birthday weekend right? A tour, a great sandwich and a few beers like their just released Stickee Monkee, a 13% Belgian Quad.

What else could your faithful sandwichologist want?

How about a Stickee Monkee Tiramisu Cheesecake combo? 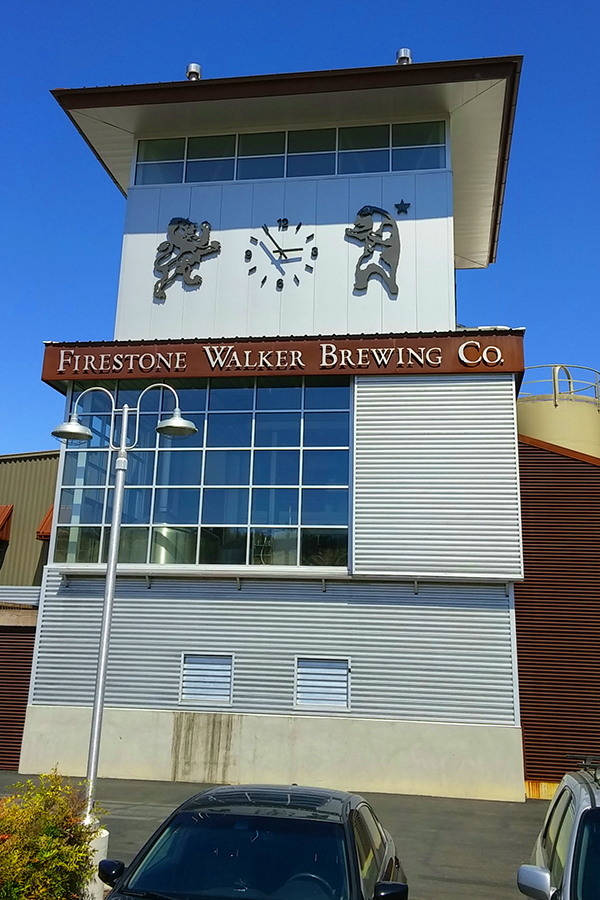 This dessert was incredible, and a great way to wash down the hoppy beers and smoky sausage sandwich. It was the perfect end to an excellent trip.

If you’re up in the Central Coast or Valley, I highly recommend a stop at Firestone Walker and last week’s visit of Linn’s in Cambria. Hearst Castle was an amazing visit, but these two sandwich breaks held their own as highlights of the trip.

Just make sure you have a designated driver with you.

[…] of which, Velvet Merlin Oatmeal Stout from Firestone Walker on NITRO? Just leave work right now, drive on down and get a glass or two of this on your lunch […]

[…] With our little Autumn-tease out of the way here in Los Angeles, we are about to be reminded that summer weather is not quite done with the Southland. So why fight the urge to shift to fall foods when we can still enjoy a summer classic: The burger. […]

[…] Steak N’ Shake has been around for a bit, but the recently opened location in Burbank was my first experience with one. […] 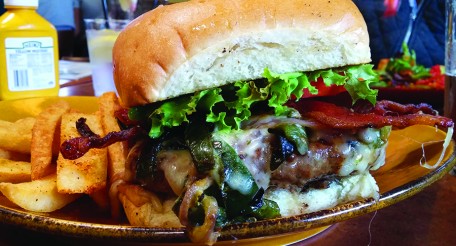 Greetings, Readers! For my birthday weekend this year I decided to do something most...