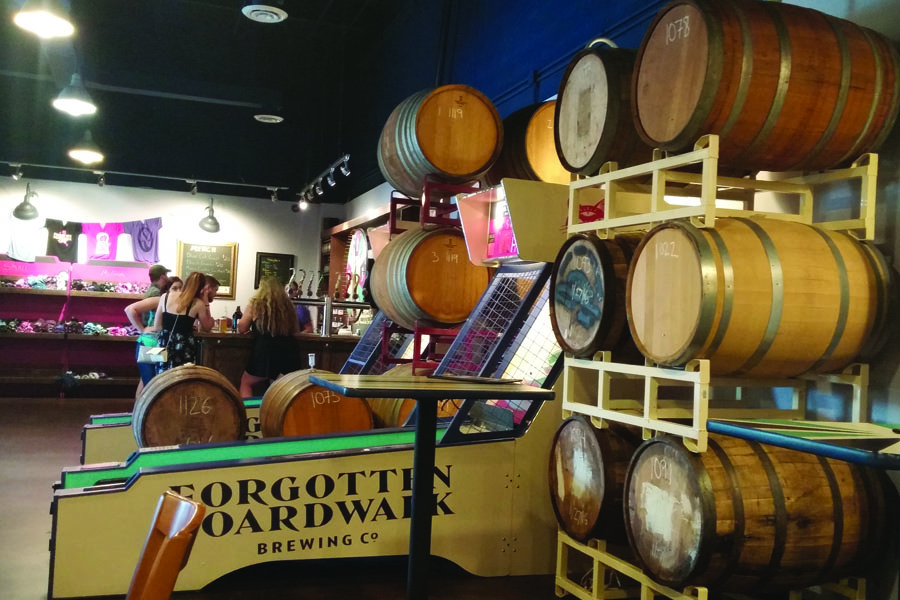 If you’re reading this, you know exactly what time it is.

And I don’t care if you’re in Hawai’i and it’s still morning when I’m writing this. It’s Friday, and you’re already behind by about three beers.

But let’s just say you’re on the East Coast, specifically New Jersey. It’s Happy Hour and where you should be is my latest stop for the Friday Brewday, and new local favorite: Forgotten Boardwalk Brewing Co.

I had seen their name pop up on my Untappd app a number of times with people trying their Funnel Cake Ale, which caught my attention immediately.

So why not add that to my flight when I recently visited them on a trip back East?

Out of my flight of eight beers, two standouts shone brightly: Funnel Cake Ale on Nitro and a Belgian Wit called What The Butler Saw.

The Funnel Cake Ale had a great vanilla flavor without being too overpowering, and compared to the un-nitro version, the added creaminess definitely took this one over the top. It might not be one you drink a six pack of alone, but you’ll definitely love a full pint. 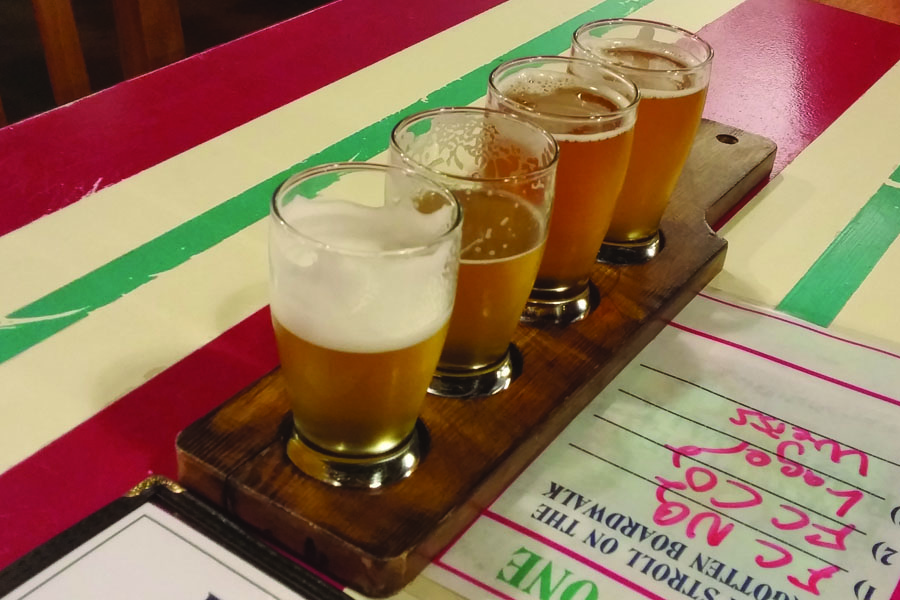 The Belgian Wit known as What The Butler Saw has a slight peppercorn finish with a bit of citrus flavor in this straw colored beer. A light sipper for a warm summer day, make this a must drink when you visit.

They have plenty of other beers that taste delicious as well, all within a variety of styles. Forgotten Boardwalk also does plenty of yeast experiments where you can taste the yeast strain’s effect on a beer. By brewing the same base beer and changing the yeast, they’ve created a few variants that are definitely worth trying.

So that’s your Friday Brewday, Readers. If you’re in the Cherry Hill area, make sure to get out and try some of these delicious beers.

If you’re not able to try any of Forgotten Boardwalk’s beers, what are you planning to drink for the sendoff to the work week? 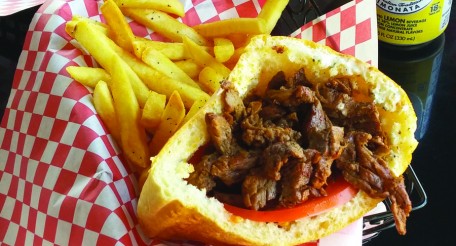 Greetings, Readers! Another week, and it's time to add another sandwich to the "Random...